Conditions Apply and Other Stories

These stories are about being young, being old, and life in between.

An Australian teenage girl in 1970s country NSW waits in a wet, wintery, small New Zealand town for the arrival of her illicit lover, she will make a decision that will affect the rest of her life, Mary’s Story. Three children are washed out to sea clinging to an upturned table when floods sweep away the family farmhouse in the historically based, The Flood. In Conditions Apply, an invalid and lonely old man tires of looking at the world from his front window and hires a tree-loving female carer, but each has their own agenda.

When Arthur Cunningham, (The Invitation) throws a celebratory resurrection party after his botched suicide attempt, he re-discovers love and rock ’n’ roll.

Other stories are surreal or whimsical, in Superman, a young wannabe novelist who works in an abandonned phone box, meets the man of the title, the one-time all-American hero, now a threadbare, depressed tattered icon of the past.

A boy’s pursuit of a butterfly sets off an unexpected cause and affect chain in, Revenge of the Butterfly.

There is humour here, sometimes sadness, sometimes anger, but always there is compassion for the human condition and refusal to surrender to life’s woes.

Available as paperback (and ebook). from Ginninderra Press (www.ginninderrapress.com.au) or online from sellers like: Bookshop.org, Amazon, Book Depository, Barnes and Noble or ordered from good booksellers.

Our Lady of the Flowers

This is a story about coping with grief. It is about police brutality. Hate. Love.. Madness. Revenge. A picaresque black comedy.

The grieving members of the extended Parkes family struggle to cope with the fatal police shooting of seventeen-year-old Sam Parkes, the idolised son of Grace and Johnnie.

A demented Grace plots revenge. Traumatised and half mad, she tries to reincarnate Sam from a hen’s egg incubated in her bosom. She plots the murder of Constable Farrell, the man who killed her son. She steals flower from graves in the cemetery where Sam is buried to raise money to hire a hit man, violent petty criminal, Dargie.

She sets out to fulfil her reprisal with the kidnapped Constable Farrell handcuffed in her car as she plans a re-staging of the shooting.

Although the story is fiction at its core is the police killing of a Greek Australian boy, sixteen-year-old Angelo Tsakos in 1985 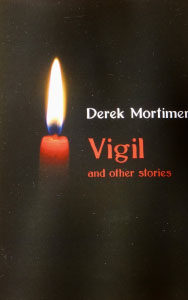 These fifteen stories range in time from contemporary Australia to sixties Britain, in location, from Morocco’s Atlas Mountains to France.

In the title story, Vigil, a woman sits each day at the bedside of her comatose former lover as he clings to life, her only consolation in the long hours of watching and waiting are the novels of Leo Tolstoy, and food.

In Beloved Man, a lonely and socially inept bachelor living in the outer suburbs of Sydney seeks companionship on an internet dating site, with shattering consequences when he chooses a Russian bride.

In Deep End, Danny and Michael, two rascally young sons of a single mother in England in the fifties, have their first encounter with love at a crowded swimming pool during a heatwave.

The admirer of an Aboriginal writer makes a pilgrimage to the author’s home to talk about her latest book and ends up with a dead dog in his arms when he becomes involved in a bizarre burial in the dark comedy, The Dog.

Youssef, a 13-year-old Moroccan boy who is a small for his age, is forced by an aunty to accompany her to the females only session at the bathhouse so she can save money, resulting in a humiliating and hilarious encounter that plagues him the rest of his life.

Some of the tales in Vigil are sad, some are funny, some are both, all are full of humanity and a love for life. 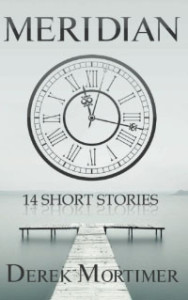 Time. The past. The present. The future. This collection of stories, Meridian, is loosely grouped around time.

A woman sits in a cafe which has a clock with only one hand and reflects how she tried to cheat time to save the life of her daughter and son-in-law.

Two young brothers test each others’ courage as they stand by a flickering fire in a dark room, looking into a mirror, waiting in fear for the devil.

Time is running out for a man waiting anxiously at a secret rendezvous for his illicit lover.

A woman balances on the edge of a balcony a noose around her neck, preparing to jump.

Elderly brothers from opposite ends of the world meet after decades of separation and talk of what they won, what they lost.

A young and homesick immigrant tries to find his way in a new world.

An aspiring author meets one of his literary heroes, then waits and hopes for an answer to his “What if?” moment of fantasy.

These are some of the stories that span half a century and half a world.

Meridian is available as Print on Demand from Book Depository, which is by far the cheapest, or from CreateSpace, Amazon and others, and as an ebook on  Smashwords, and others. 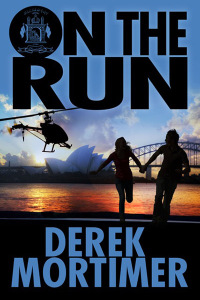 On the Run is set in Sydney and the Australian outback. It is as up to the moment as todays news. A fast-paced story of love, loyalty, betrayal, and flight from injustice. Against a background of potential terrorism, Lexie Love is forced to face up to the challenge of loyalty to her friend, Hakim Masud, as they flee the city into a country hideout, pursued by police and a hostile media.