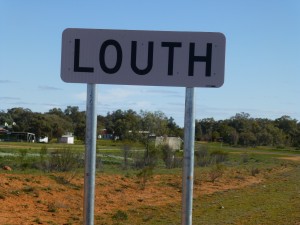 You wanted to know where the… was Louth, here it is, 40 or so people when they are all home. 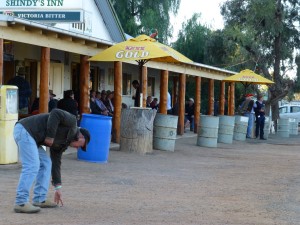 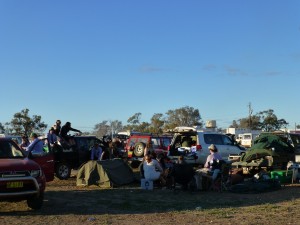 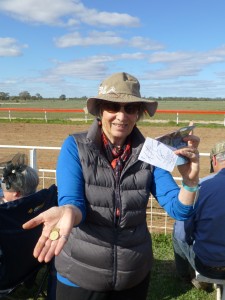 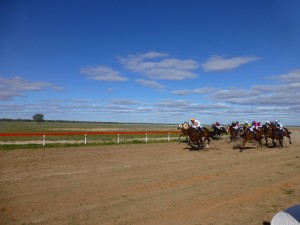 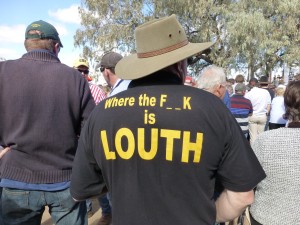 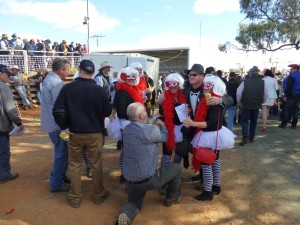 Louth picnic races are a place of high fashion. 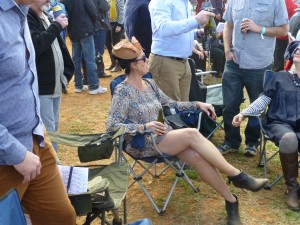 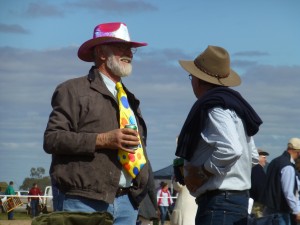 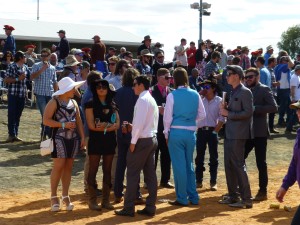 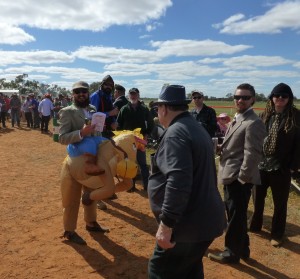 The road to Louth passes what was once Dunlop sheep station, which a century ago was big! — 400,000 hectares (one-million acres). In 1888 Dunlop was the first sheep station to introduce steam-powered shearing machines which led to a strike by shearers. Eventually the men accepted the inevitable mechanisation and 30 shearers shore 180,000 sheep that season, a lot of skirts, suits, woolly jumpers, and about two-and-a-half million muttonchops, enough to feed, well, you get the gist.
Not far away is Toorale Station, now a national park of the same name. In 1894 about 265,000 sheep were relieved of their wool there. A couple of years earlier the poet, Henry Lawson worked as a rousabout in the Toorale wool shed. He composed many works including A Stranger on the Darling, Bourke and Bosses Boots while working there.
it was: “A place that loved a drink, a party and a punt.” It still does. It is 150 years old this year. Around 40 or so people live there when they are all home. There are six kids at the local school. There is one petrol pump — at the pub, so you can fill up the car and the body — and one picnic race meeting each August, “harvest time” for the publican at Shindy’s Inn. This year about 6000 turned up for the weekend of racing, to bet, to drink, to show off their finery, to catch up with seldom seen friends, to yarn and dance at the pub. There were red-faced old men with big bellies and sagging jeans. There were young men knotty and hard as fence posts. There were elegant women, and no-nonsense women. There were caravans and utes piled with swags as big as hay bales, and weighed down with mulga wood for the campfires that burned close to the race track late into the cold nights as people talked and drank and chiacked. There were grey nomads towing mobile homes the size of a city flat, a boat on the top and bikes on the back. Ask them where they were heading and they’d wave their arms towards the north, south, east or west. Wherever fancy takes them.
Next stop, Brewarrina, home of possibly the oldest human-made structure on earth. Surprised?